Audio podcast of the forum 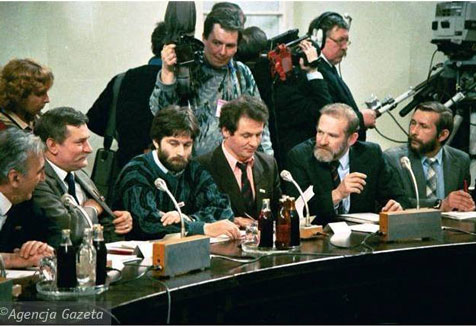 The process of calling to account former government officials who committed atrocities in the name of communism will be discussed at a special University of Western Sydney Open Forum.

Dr Patryk Pleskot, a Researcher at the Institute of National Remembrance in Poland and a UWS Visiting Fellow, is the guest speaker at the upcoming Open Forum Moving from Communism to Capitalism – The Polish Round Table 1989 on Thursday March 21 at UWS Parramatta campus.

In 1989 the Polish government initiated talks with opposition leaders amid rising social unrest, paving the way to free and fair elections and giving momentum to the fall of the Communist bloc.

Nine years later the Polish government created the Institute of National Remembrance to investigate Nazi and Communist crimes committed in Poland between 1939 and 1989 and subsequently prosecute crimes against humanity.

Dr Sev Ozdowski, Former Human Rights Commissioner and Director of Equity and Diversity at UWS, will chair the forum.

"Poland is currently an economic powerhouse in Europe, as seen by the way it escaped a depression during the global financial crisis, but like many former Communist bloc countries it is still wrestling with the demons of the past," Dr Ozdowski says.

"That is why organisations such as the Institute of National Remembrance are so crucial to help right past wrongs and bring justice to the many voiceless people who suffered needlessly under Communism."

WHAT: UWS Open Forum: Moving from Communism to Capitalism – The Polish Round Table 1989