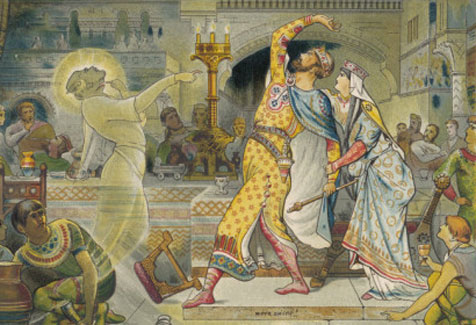 Kevin Rudd, like Banquo’s ghost, is still the centre of attention, according to Dr David Burchell

The extraordinary events in Canberra, culminating in a spill for the ALP’s leadership positions, show how Australian politics is still held captive to the personal melodrama of Kevin Rudd, says an expert from the University of Western Sydney.

Dr David Burchell, from the UWS School of Humanities and Communication Arts, is the author of Western Horizon: Sydney’s Heartland and the Future of Australian Politics and The Prince's New Clothes: Why do Australians Dislike Their Politicians?

“Despite all the drama of the day, when Julia Gillard and Wayne Swan were elected unopposed as Prime Minister and Deputy Prime Minister by the Labor caucus, Kevin Rudd himself did not stand; nor is it clear whether he ever intended to stand, or whether even his supporters even understood his intentions,” says Dr Burchell.

“On the face of it, this sequence of events is incomprehensible and irrational. The leadership is still as distant from Rudd’s grasp as ever, and Labor’s standing is weakened still further.”

Dr Burchell says none of the parties involved have benefited from the events.

“All that is sure is that Kevin Rudd, like Banquo’s ghost, has managed to keep himself as the centre of attention, even without uttering a word,” says Dr Burchell.

“Rudd has managed to maintain himself the as central character of Labor’s great contemporary political tragedy, and his supporters and opponents alike are haunted by his spectral presence on the backbenches. For better or for worse, this is and remains the Rudd Era in Australian politics.”