Harry Potter and the Philosophers: How Dumbledore demands self-reflection The adventures of Harry Potter have captivated school children across the world since the release of the first book 15 years ago, sparking the most successful film series of all time and spawning a theme park recreating the magical Hogwarts School of Witchcraft and Wizadry.

Now a University of Western Sydney academic is drawing on the journey of Harry Potter and his friends to help teach primary and high school students about the origins and applications of the Ancient Greek philosophers.

The stories of the world’s most famous wizard are being evoked by Dr Dallas Rogers, from the Urban Research Centre, as part of the UWS Academic Speakers in Schools program. 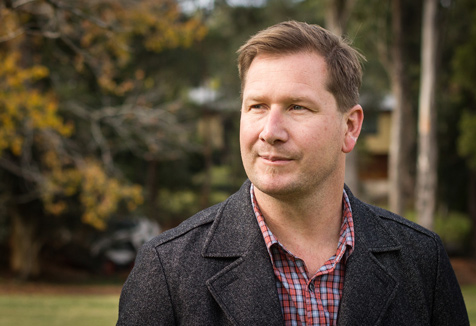 Dr Rogers says the presentations are not an alternative to religion or religious studies, but instead aim to teach philosophy and critical thinking skills to students who may one day come to the University of Western Sydney.

“As part of the presentation students are asked to draw on their knowledge and experiences to examine the choices they make in life,” he says.

“By approaching philosophy through a study of characters and stories that are well known to the students, such as Harry Potter, you can really bring complicated ideas to life.”

For example, Dr Rogers says he asks the students to examine Harry Potter, a character who knows nothing about himself or his parents, as a way of examining the Socratic idea that ‘the beginning of wisdom is to know yourself’.

“The main protagonists in Harry Potter all possess magical abilities, but the crucial difference between Harry and his evil nemesis Voldermort is that Harry uses his powers for good,” Dr Rogers says.

“This shows that simply having special abilities doesn’t reveal much about what kind of person you are, it’s how you use these abilities that truly reveals your character.”

“Self-knowledge is an important philosophical concept, and by referencing Harry Potter the students can start to reflect upon their choices in life, and how they can make the most of their own talents.”
Dr Rogers says it’s amazing to see the students engage with the subject.

“Philosophy is concerned with examining some of the world’s most fundamental questions, such as who we are and what do we want to do with our lives,” he says.

“The feedback from the students and teachers has been fantastic, and hopefully my presentations will continue to spark further thought about the decisions they make in life.”

“One thing is for sure, next time they watch Harry Potter they will undoubtedly think back to the ancient Greek philosophers, and that’s a good thing.”

About the Academic Speakers program

The Academic Speakers program involves academics from across the University volunteering to present to schools free of charge on their topics of expertise, including Medicine, Law, the Humanities, the Sciences, Sustainability, Engineering, Business and many others.  The program has been running since 2009 and reaches thousands of school students every year.

In 2012 UWS introduced a complementary Professional Speakers in Schools program which features non-academic staff with knowledge and expertise relevant to schools.

The programs are part of the UWS Schools Engagement strategy, which encompasses partnerships and programs with the school sector that enhance students’ educational opportunities, aspirations and attainment.