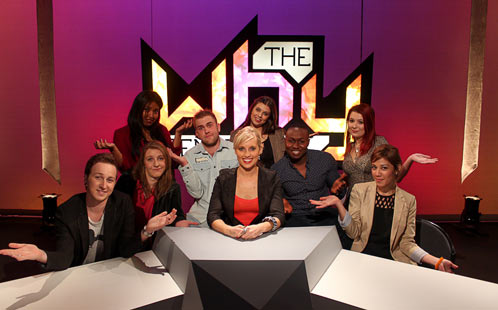 They've been called self-centered, over confident and unproductive. But what really makes people born in the so-called Y Generation tick?

Television Sydney's (TVS) new panel show, The Why Generation, sets out to explore the views of those born from 1982 to 2000, and might just bust a few myths about today's most maligned generation.

Produced in the TVS studios, The Why Generation panel is made up of a diverse group of Gen Y-ers from the University of Western Sydney (UWS).

Production staff from camera operators to sound and lighting technicians were also selected from among the university's media arts production students.

"We are very proud of our record of producing thought-provoking television, as well as providing on-the-job, real life training to our university students," said TVS Chief Executive Rachel Bentley.

"The Why Generation demonstrates our students putting their course work into practice by developing their own production design and innovative, sometimes controversial panel topics."

"Our students at the University of Western Sydney have unrivalled access to the TVS studio and facilities."

Hosted by journalism student Chloe-Amanda Bailey, the show sees young people sharing their views on a range of issues – often leading to disagreements that might just prove some stereotypes of this generation completely wrong.

"I love TV and this is an opportunity and medium to share what I love," said panellist Rachel Mall.

"The Why Gen is an amazing stage to discuss issues that affect Gen Y."

The Why Generation begins on TVS at 9.30pm on Tuesday, September 3. Episodes repeat Thursdays at 11.30pm and Sundays at 3.30am.