Film festival is Made in the West 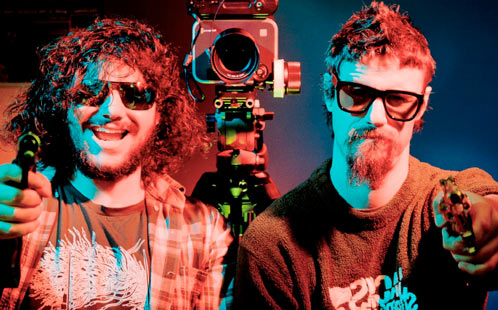 The Inaugural “Made in the West” Film Festival kicks off at Parramatta’s Roxy Hotel on November 14 from 6pm, and features a wide variety of filmmaking styles, including horror, music videos, documentaries, feature film trailers, webseries, and even animation.

The festival has been organised by StillSearchin Productions, a group started by UWS classmates Ross Page and Jimmy Khouri, and is designed to expose the explosive cultural growth of the Western Sydney region.

One of the films being featured is the StillSearchin production Pushing the Envelope, a black comedy heavily steeped in illicit drug-use and violence and set in the outskirts of Western Sydney.

The film tells the story of a young man (played by Luke Spiteri) on a mission to help his sweetheart Alex (played by Hayley Maher) pay the rent.