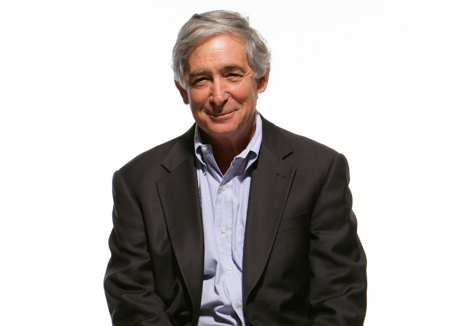 A leading international expert whose research has influenced our understanding of how human beings engage with the natural environment has been announced as the keynote speaker of the University of Western Sydney's Social Ecology Symposium.

As an editor of the highly regarded text The Biophilia Hypothesis, Professor Kellert has made significant contributions to theories which suggest that humans have an instinctive bond with plants and animals.

Dr Tonia Gray, from the UWS School of Education, says Professor Kellert's keynote address at the forthcoming Symposium presents a rare opportunity for the Australian academic community to engage with a pioneer in the field of biophilia.

"Biophilia is the study of human beings' inherent affinity for nature and how a relationship with the natural environment is essential to our health and wellbeing," says Dr Gray.

"Professor Kellert asserts that, over the course of evolution, the human species has developed a dependency with nature. In order to be fully functional in society, he believes that our connections with the natural environment must be maintained and nourished."

The UWS Social Ecology Symposium, to be held at the UWS Hawkesbury campus from 18-19 April 2013, will bring together multidisciplinary experts to discuss 'The Expanding Universe of Social Ecology'.

In his keynote address, Professor Kellert will explain the many ways we are inherently tied to the natural world and how connections with the natural world are essential to ensuring long-term physical and mental health, productivity and wellbeing.

He will also explore the principles of 'biophilic design,' which aims to ensure that modern built environments – which have become the dominant "natural habitats" of people today – allow people to remain connected with nature."

Professor Kellert will also perform the Occasional Address to graduating students from the UWS School of Education on 17 April 2013 – where he will speak about the human relation to nature and its implications for education and childhood development.

Professor Kellert will be in Australia from 11-19 April and is available for a limited number of media opportunities. Request to interview Professor Kellert should be sent to media@uws.edu.au

For more information about Professor Kellert's book: Birthright: People and Nature in the Modern World