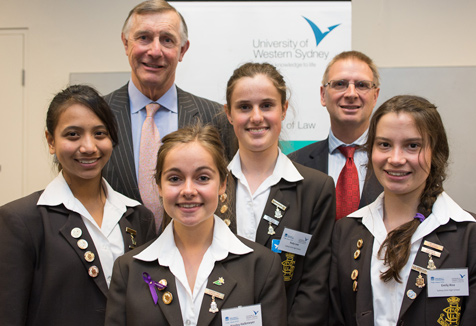 The University of Western Sydney’s School of Law recently hosted the Premier’s Debating Challenge for Year 11 students in the Sydney metropolitan region.

62 teams of four Year 11 students in government schools took part in the competition, with the title of overall winner being awarded to Sydney Girls High School.

An additional award bearing the name of former Prime Minister, The Hon Gough Whitlam, has also been created to recognise the University’s involvement with the debating competition.

The new award, the E.G. Whitlam Trophy for Best Speaker, recognised the best speaker in the final of the competition and was awarded to Ainsley Halbmeyer from Sydney Girls High School. 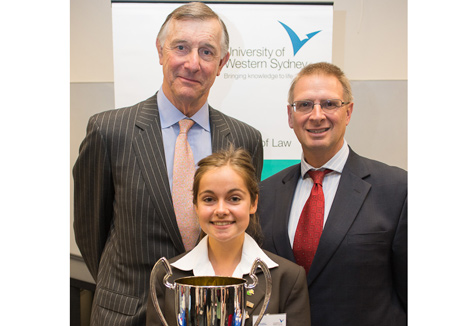 Debating can be an important skill for aspiring young lawyers who continue on to mooting – a hypothetical case argued among law students, giving students the opportunity to develop skills in advocacy in real courtroom settings.

“It is our hope that participants in the 2012 Premier’s Debating Challenge may one day follow in their footsteps,” says Professor Adams.

“We are proud to be part of the 2012 Challenge in partnership with the NSW Department of Education and Communities and were honoured to host the finals in our courtrooms.” 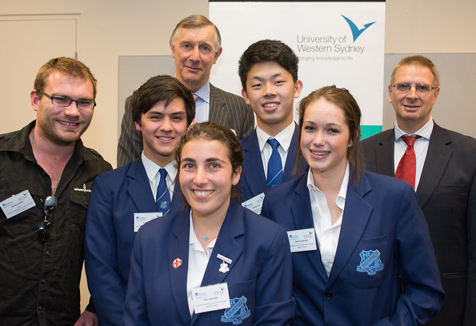 The schools that debated in the 2012 State Final covered topics such as:

Formerly known as the Karl Cramp Debating Competition since 1953, the competition was renamed in 2005 to the ‘Premier's Debating Challenge for Year 11 Metro’.

The schools that made it to the 2012 final series were: