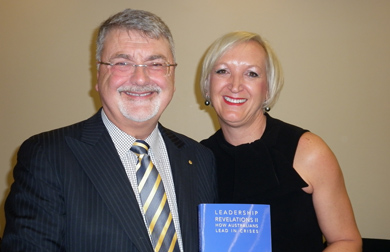 UWS Chancellor, Professor Peter Shergold AC, has launched a new book that explores the role of strong leadership in a world that is still feeling the impacts of the global financial crisis.

Leadership Revelations II, How Australians Lead in Crises is the second book in a series by renowned speaker, consultant and business coach, Avril Henry.

"The world we now live in is one where there is one financial crisis after another, political instability throughout the world, and a lot less jobs, but skills are still short in certain industries and professions," says Ms Henry.

"The world is full of fear, uncertainty, ambiguity, complexity and in many places, chaos. For leaders, it is in these challenging times that their leadership requires modification or learning new behaviours in order to survive and to be a truly effective leader."

In Leadership Revelations II, Ms Henry has asked 89 contributors who are "at the top of their field" to share how the financial crisis has changed their organisation as well as their own leadership style. 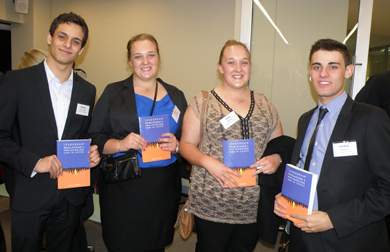 While collecting the thoughts and insights of current leaders was important, Ms Henry says it was also essential for the book to include the views and expectations of Australia's future leaders.

From 2008 to 2011, insights on young people's expectations of today's leaders were drawn from more than 100 UWS students, who are members of the University's elite Aspire Future Leaders Program. Ten of the undergraduate students submitted essays on leadership, while others shared their views in workshops. Ms Henry then analysed and elucidated the student's views within Leadership Revelations II: