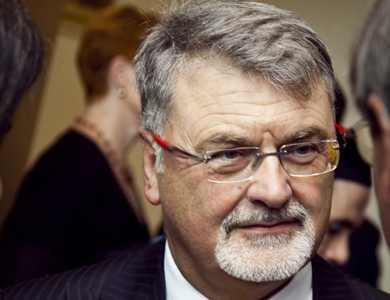 In appointing Professor Shergold, the Federal Minister for Ageing, Mark Butler, says the distinguished academic and public servant brings a wealth of experience to the role.

“As a former Secretary of the Department of Prime Minister and Cabinet and a senior public servant for two decades, Peter Shergold has proven his capacity to drive reform of this scale,” Mr Butler says.

Professor Shergold says  it was vital that the reform package is “implemented with vigour and evaluated with care”.

“This is the most ambitious reform plan for aged care in a generation and clearly it will require good advice on implementation,” Professor Shergold says.

The Council will report to the Minister twice a year and evaluate aged care reforms as they are implemented.

The reforms will be delivered in stages. The Council will work closely with the sector to assist in managing transition.

During this 30-year public service career, Professor Shergold established the Office of Multicultural Affairs, headed the Aboriginal and Torres Strait Islander Commission (ATSIC) and was Secretary of government departments, including the Department of Education, Science and Training.

From 2003 to 2008 Professor Shergold was the nation's most senior public servant - serving as Secretary of the Department of the Prime Minister and Cabinet. He has served four Prime Ministers and eight Ministers in both Labor and Coalition governments.

In addition to his present role as UWS Chancellor, Professor Shergold is also the Macquarie Group Foundation Professor at the Centre for Social Impact at the University of New South Wales.