UWS acknowledged as an Employer of Choice for Women 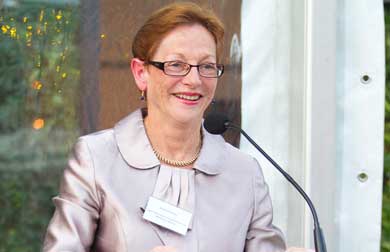 The University of Western Sydney's commitment to creating a fair and equitable workplace has once again been recognised with an Employer of Choice for Women (EOCFW) citation.

2012 is the 9th consecutive year that UWS has qualified for the citation, awarded by the Equal Opportunity for Women in the Workplace Agency (EOWA).

EOWA Director, Helen Conway, named UWS as one of 125 organisations on the 2012 EOCFW list at a special launch event in Perth.

"The leaders of the organisations on this list recognise there is a competitive advantage to be obtained by employing a diverse workforce," Ms Conway said.

"They are attracting women into non-traditional roles where there are skills shortages, reaping the rewards of increased retention rates, and realising the benefits of flexible work practices."

UWS Acting Vice-Chancellor, Professor Wayne McKenna, says the University is proud to be an organisation that has an inclusive workplace culture.

"The Employer of Choice for Women citation is a significant honour. I am particularly proud that it recognises the University's commitment to reducing the gender pay equity gap as well as its record of having one of the highest levels of representation of senior women across the tertiary sector," said Professor McKenna.

"The University endeavours each year to offer a flexible, fair and equitable work environment for both women and men, and consistently works to introduce policies and procedures that create opportunities for women to succeed."

Organisations are assessed for EOCFW against rigorous application criteria which consider a number of workplace issues including pay equity, women in executive management, flexibility, and career development training.

The UWS programs and initiatives that contribute to the University's ongoing status as an Employer of Choice for Women include:

* Flexible work arrangements for women and men with caring responsibilities, including the availability of job share programs or part-time work; 20 weeks paid parental or adoption leave; and phased return to work after parental leave.

* The introduction of gender key performance indicators to increase the representation of women in executive and leadership positions, as well as on decision making committees and boards.