Step One to Fascism? Media Regulation in Australia After Finkelstein 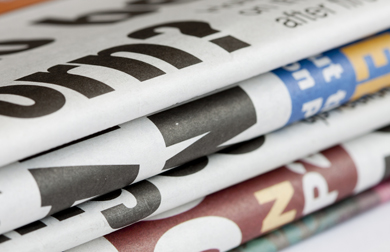 The furious reaction to the Finkelstein report into media regulation in Australia, and the difference of opinion between the media industry and academics regarding its recommendations, will be discussed at a University of Western Sydney research Workshop on April 24 at UWS Parramatta campus.

The recommendation from Finkelstein to create a News Media Council to set journalistic standards and handle complaints made by the public has sparked a largely hostile media response, with some media companies labelling the proposals dangerous and an affront to free speech.

University-based journalism and media academics, on the other hand, have largely displayed a positive, though qualified, reaction to the Report’s findings.  Some academics assisted Judge Finkelstein (Retired) with the Inquiry and Report, and many made submissions to the Inquiry that were critical of the Australian media.  As a result, various media-based commentators, especially in The Australian newspaper, have vigorously attacked the state of journalism and media education in Australian universities.

Professor David Rowe, from UWS’s Institute for Culture and Society, is convening the Workshop.

“With the publication of the Convergence Review imminent, and the practices and ethics of media organizations, especially News Corporation, constantly in the news, this is an important time to discuss the trajectory of the media in Australia,” Professor Rowe says.

“There are many crucial substantive issues about media freedom and regulation, but also questions to ask about how we debate them.  Instead of a careful, considered response to the Finkelstein Report, there have been furious denunciations of ‘Stalinism’, ‘jihads’ and the rolling back of the Enlightenment.”

“One aspect of this over-the-top rhetoric is, like the recently sanctioned Kyle Sandilands, to go ad hominen – that is, to play the person and question their motives,” says Professor Rowe.

“So, for example, The Australian has represented the Inquiry as a gravy train for academic and legal consultants. Such snide, mean-spirited attitudes can deter many academics from putting their heads above the university parapet.”

In reflecting on the content, recommendations, process and reception of the Independent Inquiry into the Media and Media Regulation in Australia, The University of Sydney’s Professor Rodney Tiffen, who assisted Finkelstein, will participate prominently in the Workshop.

“It is naïve to think that this is not a deeply political subject about which people hold strong views,” says Professor Rowe.

“But we could all benefit from a little more light and less heat on what the Report actually recommends, and the potential advantages and disadvantages.  At the very least this workshop will help those present to crib the 468-page Report.”