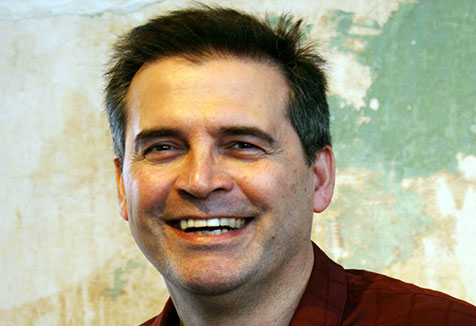 Contemporary sport is now almost unrecognisable as the rather staid, semi-amateur institution of only half a century ago.

Sports, media and their audiences, which once operated comfortably within national boundaries, are increasingly subject to the pressures of 21st century globalisation. Capital, clubs, coaches, athletes, fans, event action, media technologies and images are all circulating around the globe at accelerating speed, transforming our sporting experience, and even what we take to be sport itself.

The ways in which we watch sport are changing rapidly as the internet, smart phones and online blogs jostle for attention alongside traditional radio and television broadcasts. Clubs, fans and even athletes themselves are now competing for attention with new websites, videos and blogs, and these developments are creating commercial and policy confusion, particularly as sports audiences and the advertising market fragment.

Two new books by Professor David Rowe, from the Institute for Culture and Society at the University of Western Sydney, explore how digital technologies are changing the ways in which we interact with and consume sport.
In the books, Professor Rowe discusses how major sports organisations are moving to protect the generous revenue flowing from their exclusive broadcast contracts, and at a time when 'old media', especially television, are becoming ever more dependent on sport to shore up their fickle, unpredictable audiences.

"Leagues, clubs and media organisations have enjoyed several decades of relatively prosperous and unchallenged dominance in the commercial media marketplace, yet illegal streaming services, game day blogs and the like are beginning to disrupt conventional conceptions of the audience," says Professor Rowe.

"Television still commands massive audiences and hefty broadcast deals, as the recent AFL, A-League, NRL, NFL, IOC and English and Indian Premier Leagues broadcast deals show, yet sporting codes such as the AFL and telecommunication companies like BT are themselves moving into broadcasting roles, and might one day displace traditional broadcasters.
"At the same time, the BBC's recent coverage of the London 2012 Olympics, which made every event available on digital television channels, computers, tablets, mobile phones and game consoles, showed how far we have moved towards a platform-neutral digital future – and the way was shown by a national public broadcaster.

"These changes pose many policy challenges, as was noted in the recent Convergence and Sport on Television Reviews, and the Senate Inquiry into the Reporting of Sports News and the Emergence of Digital Media. For example, is the anti-siphoning list, which is based on a broadcast television model, sustainable in a multi-media digital world?

"Should viewing events of 'national importance and cultural significance' – which at present only involves major sport events – be a cultural right of Australian citizens?  And, in the age of social media such as Twitter and Facebook, are we all sport journalists now?"

Professor Rowe investigates these issues and more in Global Media Sport and Sport Beyond Television, which are being launched on November 30 at 6.30pm at 72 Erskine St Sydney.

Global Media Sport examines how Western sport brands like the EPL and the NBA are making deep inroads into the Asia-Pacific Region, but also how the East is striking back through the IPL by hosting mega sport events such as the 2008 Beijing Olympics. It analyses the ways in which sport fans can follow and even manage clubs from another continent,  the rhythms of the international sport labour market (including the 'brawn' drain from poorer to richer countries), and explains why the Tiger Woods scandal became the '2010 Sports Story of the Year' and his televised apology that day's leading news story in the world.

"We were surprised to see just how uncertain people working in media and sport are about the future.  The current media sport environment is dynamic and unpredictable, and few people have a handle on how it will evolve.  This makes it an exciting research subject not only for academics, but for sport and media professionals," says Professor Rowe.