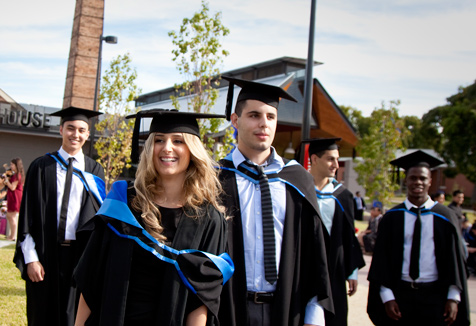 The University of Western Sydney's Parramatta Campus will be awash with colour as thousands don a cap, gown and colourful hood to make the transition from dedicated student to proud UWS alumni.

Throughout the Spring Graduation ceremonies, 6 University Medals will be presented to students who achieved consistently high results throughout their studies.

Members of the community will also be recognised with UWS Community Awards being presented to 4 recipients for contributions to the Greater Western Sydney region.

A highlight of each graduation ceremony is the Occasional Address. In September 2012, UWS graduands and their guests will have the opportunity to hear from a range of distinguished guest speakers: