Music and poetry are inextricably linked in ‘First Light’ 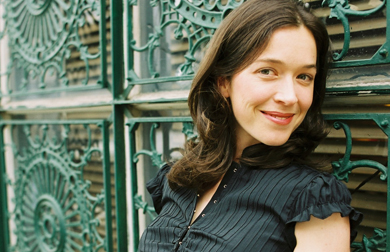 First Light, the latest poetry collection to be released by Giramondo Publishing, has been described as a book of sonic discovery that explores the lyric possibilities of poetry as well as the musicality of language.

For Kate Fagan, the author of First Light, music and literature are two very different artistic mediums that are also wholly connected.

"Music and poetry share the harmonies that can be set up between words," she says.

"My music is always an exercise of the relationship between words and sounds. My poetry is the same. But maybe people have to read the poems aloud, and roll the sounds around, to experience the true energies of the works."

When Kate is not working as a poet, songwriter or musician, she is Dr Kate Fagan, a poetry lecturer within the School of Humanities and Communication Arts at the University of Western Sydney.

First Light – Dr Fagan's third published collection – was written over a period of five years when she was actively working as both an academic and a musician. She says these disparate, interconnected worlds had a definite influence on her writing.

The series 'First Light', for example – which ultimately gave the book its title – she describes as "noisy and up-tempo", while the series that opens the collection, 'Observations on Time, Cargo', is "still and quiet".

"There was a question of whether I should begin the book with the 'First Light' series, but the poems are just so noisy," says Dr Fagan.

"I approached the ordering of the poems in much the same way that I would order the tracks of an album. 'First Light' felt better suited for track 2 or 3, and I preferred to start the book with something that's quieter and carefully invites the reader in."

Kate Fagan was born into a family of musicians and says that writing songs and performing felt quite natural. Although she also harboured a deep desire to write books from a young age, it took time to develop the same confidence in her abilities.

"People ask me if I consider my lyrics to be like poems – and they are – but I never set out to write a song and end up writing a poem, or vice versa," she says.

"There is a measure and a metre that you need to complete when you are writing a song – there is only so much room and space, and the words need to be condensed. With poetry, there is infinite space and the scale can be much larger."

Dr Fagan says the audiences of music and poetry are also very different and must be considered during the writing process.

"Some people feel shut-out or affronted if they don't understand a poem on the first read, but they don't feel the same way about music," she says.

"With music, people just skip to the next track if they don't like it and they don't feel the need to get every song. But with poetry, there is some intrinsic need for the meaning to be understood.

"If my students don't understand a poem, I tell them to read it out loud – to pretend the poems are scores for a performance, and to see if that makes them sound or feel any different.

"With First Light, I have tried to convey a sense of time, a sense of metre, of the way the language moves within time and space. I hope that people read the poems aloud and try to explore the musicality of the language."

Dr Fagan says she feels incredibly fortunate that First Light has been published by Giramondo, which is housed in the University of Western Sydney's Writing and Society Research Centre.

"I feel so tremendously lucky that this book is out there at all, for all sorts of reasons," she says.

"It's always a miracle for a poetry collection to be published at a time when most major publishers have already ditched their poetry lines. Giramondo is both maverick and exciting, and people need to understand that, without it, the community of Australian poetry would be considerably impoverished."