New research has found that reduced blood supply in the placenta may be one of the causes of hypertension during pregnancy.  Tests are showing that particles from the placenta are going into the mother's blood stream and causing an increase in blood pressure which can then put the health of mother and baby at risk.

Known as preeclampsia, this life threatening condition occurs suddenly and can lead to seizures, stroke, organ failure and the death of the mother and/or baby if the mother's blood pressure isn't controlled.

Professor Annemarie Hennessy from the University of Western Sydney's School of Medicine and Professor Joey Granger from the University of Mississippi are specialist researchers in this area and have achieved significant progress in understanding the triggers for preeclampsia. They presented their research at the International Society of Hypertension meeting in Sydney recently.

"We are getting closer to being able to identify women who are at risk of developing this condition and we are looking at ways that they can be better managed in the future so as to reduce the risk to mother and baby," says Professor Granger.

Professor Hennessy, Dean of the UWS School of Medicine, has investigated a compound in the mother's blood that may show the risk, even in early pregnancy, of developing this condition.

"We have found that the presence of this toxic compound from the placenta has links to high blood pressure and protein in the urine.  By lowering the blood pressure and reducing the protein using safe medicines we are aiming to prolong the pregnancy for a safer time for mother and baby," says Professor Hennessy. 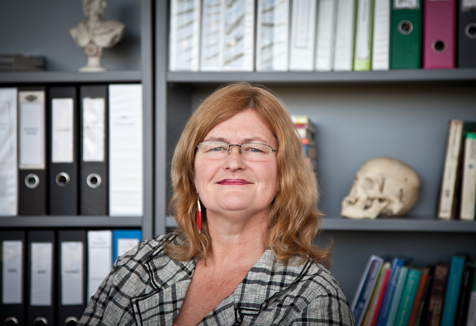 At the International Society of Hypertension meeting approximately 2000 delegates heard from 60 invited speakers, including two Nobel Laureates. Themes included the effect of high blood pressure on different population groups, the brain and nervous system, the heart and vascular system, diabetes, the endocrine and renal systems as well as highlighting public health issues including high blood pressure in children, diagnosis and new and emerging treatments.

Hypertension, better known as high blood pressure, affects about one-third of our population. Many don't know they have it, some are managed well with medicines while about 25 per cent don't have the condition under control. High blood pressure is the single biggest contributor to death from a heart attack or stroke.