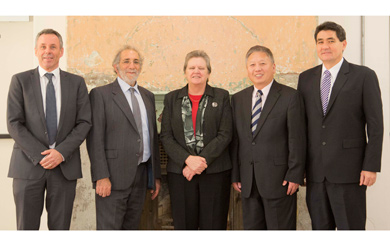 The University of Western Sydney was honoured to host a visit recently from His Excellency Duan Jielong, Consul-General of the People’s Republic of China in Sydney.

Together, they toured the impressive Female Orphan School – the oldest three-storey brick building in Australia which dates back to 1813 – and the Whitlam Institute’s Prime Ministerial Collection, which houses former Prime Minister Gough Whitlam’s books, papers and other important materials from his political and public life. 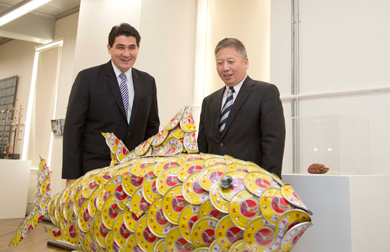 They also viewed the ARTEXPRESS exhibition – a showcase of some of the best HSC major artworks by Year 12 visual art students from across NSW high schools – which is currently showing in the Female Orphan School’s Margaret Whitlam Galleries.

The opportunity to visit the Whitlam Institute’s Prime Ministerial Library was timely, with this year marking 40 years of diplomatic relations between Australia and China – diplomatic ties that were established by Gough Whitlam’s Government in 1972.

Acting Vice-Chancellor, Ms Rhonda Hawkins, says the University was pleased to host the visit on the grounds of the picturesque Parramatta campus. 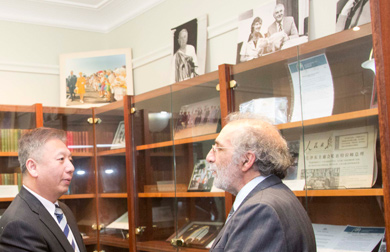 “UWS is proud to have forged many strong partnerships with leading Chinese universities across all aspects of our teaching, research and international engagement, and we look forward to these important relationships continuing to grow well into the future,” says Ms Hawkins.

“Our International student population includes over 1200 Chinese students studying across our campuses, and the University has long-standing joint programs and double degrees, articulation agreements and other partnerships in place with over a dozen institutions in China, providing many opportunities for both Chinese and Australian students to study in each others’ countries and learn from each other’s cultures.

“While a brief visit, we were pleased to be able to showcase aspects of the University to Mr Duan, and we look forward to welcoming him back to the University of Western Sydney in the near future.”