A dream result for Dapto Dreaming and the Brooks Reach development 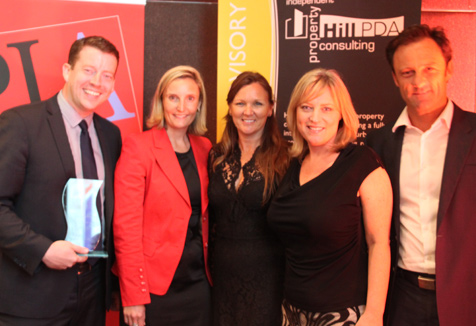 Research led by the University of Western Sydney has paved the way for Stockland to win both the President's Choice Award and Planning for Children and Young People Award at the Planning Institute of Australia's 2012 NSW Awards for Planning Excellence.

Professor Karen Malone from the UWS School of Education was commissioned by Stockland to conduct an independent research project that worked with children to design a child-friendly play space in the Brooks Reach housing development in Dapto.

The Dapto Dreaming Project involved 150 children aged 5-10 from West Dapto Public School in a series of workshops and activities from April to July 2011. A group of year 5 students then analysed the workshop outcomes and made recommendations to Stockland.

The play space includes secret and shady places for cubby building; rotating, spinning and turning equipment for thrill seeking; and an adventure pathway to connect the old and new neighbourhoods with the school and the playground. 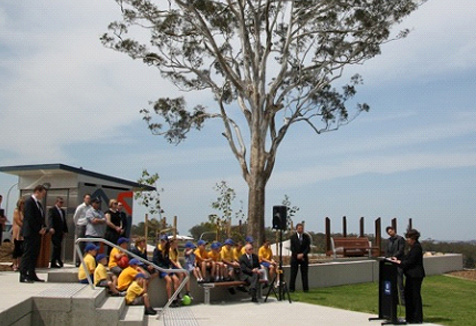 Commissioner for Children and Young People, Megan Mitchell, speaking at the Official Opening of the Brooks Reach park

Professor Malone says Stockland took an innovative step by asking children what they wanted in the new park that was being planned for their community.

"Through the Dapto Dreaming research, Stockland became committed to creating a  truly child friendly city – where children have the freedom to independently play and explore their natural environments, and where adults listen to young people and take what they say seriously," says Professor Malone.

"It is always pleasing when companies like Stockland are recognised for proactively engaging with children and the community. It was great being able to steer a project where the children's views were taken seriously and see that the whole community will benefit from the experience."

"In all the work we do we aim to bring the existing community together with new residents, to help communities evolve and thrive," says Mr O'Brien.

"This was a fulfilling project on so many levels, and to also have industry recognition is very rewarding."