Western grad set for Oxford and a “magic” career in chemistry 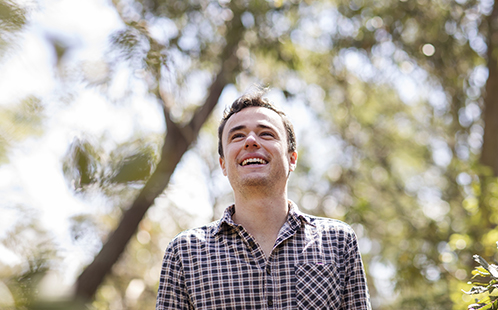 Western Sydney University extends its congratulations and well-wishes to Alexander (Sandy) Craze – an inspirational alumnus, who is about to embark on a PhD at Oxford University.

Sandy has secured a prestigious 2020 James Fairfax-Australia Oxford Scholarship and, under the supervision of Professor Charlotte Williams within the Oxford School of Inorganic Chemistry, will be working toward finding a solution for one of the world’s biggest challenges: the high levels of carbon dioxide in our atmosphere.

“We have the technology to pull carbon dioxide from the atmosphere – but using the technology is expensive, and there’s no financial incentive to do it,” said Sandy.

“In my PhD, I will basically be using chemistry to transform carbon dioxide into material products – such as elastics, plastics, coatings or adhesives – that could have industrial uses.

“The aim is to create a market for carbon dioxide, so that it becomes a commodity, and people will want to pay money for it – thereby giving industry an incentive to suck it out of our atmosphere. It’s very exciting!”

The road to Oxford has been quite an eventful one. Sandy grew up in the country town of Bungendore, in southwest NSW. There was no high school in his home town, so he travelled 1.5 hours each day to attend school in Canberra.

By the time Sandy started Year 11, his family had moved to Campbelltown. Living in southwest Sydney very literally put Sandy on the path to studying at Western – as after so many years of travelling to school every day, he relished the thought of a five-minute bike ride to university.

After Year 12, he did consider other universities – but was ultimately swayed by the offer of an Academic Excellence scholarship which would cover the cost of studying a Bachelor of Advanced Science (Chemistry) at Campbelltown, as well as a place in the University’s ASPIRE Future Leaders program.

“I was really lucky that I chose Western. The Advanced Science program, the Academic Excellence Scholarship, and ASPIRE, all opened a lot of doors for me and influenced my career direction,” said Sandy.

Sandy said his passion for chemistry solidified early-on – thanks to a first-year unit, taught by former ‘Australian University Teacher of the Year,’ Professor Roy Tasker.

“I always thought I’d go into biology, or physics – but in my first year Professor Tasker’s lectures just blew me away,” he said.

“Professor Tasker’s lectures were incredible. They made me realise that, in chemistry, you’re basically taking the smallest parts of nature and turning them into something completely new. It’s like magic!”

Sandy graduated from the Advanced Science program in 2016. Having already settled on a career in chemistry research, he went straight on to a Master of Research at the University’s Parramatta South campus. A Doctorate was always going to be the next step, but life still had a few obstacles to place in Sandy’s path. 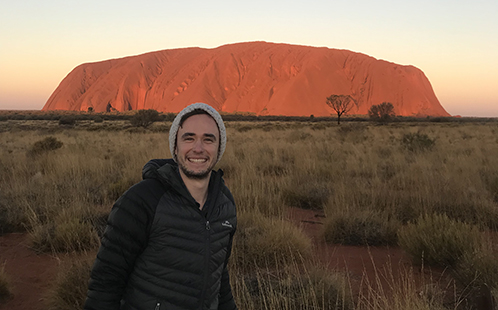 During his Masters, Sandy's father lost his battle with cancer –  leading him to take a break from study and spend four months travelling around Australia. In the years following, Sandy and his family moved to the Blue Mountains.

In 2020, the bushfires made their way to the back door of the Craze family home, followed shortly after by the floods.

“2020 has been a pretty crazy year. It has been an absolute rollercoaster,” he said.

“It was bizarre to have just lived through the bushfires, and to have them come so close to our home, and then to have our garage completely flooded. And in the midst of all of that, I was continuing the interview process with Oxford, which was at times quite daunting.”

In January 2020, Sandy was advised that he was successful in obtaining a doctoral position at Oxford. He was planning the big move to England when COVID-19 hit. And just when Sandy thought he’d experienced his fair share of personal challenges, in August 2020 he was diagnosed with testicular cancer.

“My family have been so supportive and encouraging and I am incredibly grateful. When we found out that I was accepted at Oxford, it was so emotional. But that was really just the first part. I still had to apply for the scholarship, which in itself only covers part of the tuition fees. And due to the global health situation, we’re still unsure about when I’ll actually be able to get over to England and formally start,” he said.

“And then came my testicular cancer diagnosis. It’s definitely been hard – but I’ve been getting really great news at every turn so far. I’ve now completed my treatment, and everything is looking good, and I’m looking forward to getting over to England as soon as I can.”

The James Fairfax-Australia Oxford Scholarship is funded by Australians who have studied at Oxford University, and in particular, media proprietor James Fairfax. The scholarship is open to people under the age of 30, who hold a bachelor degree with first or upper second class honours and who plan to study for a second undergraduate or postgraduate degree in any discipline.