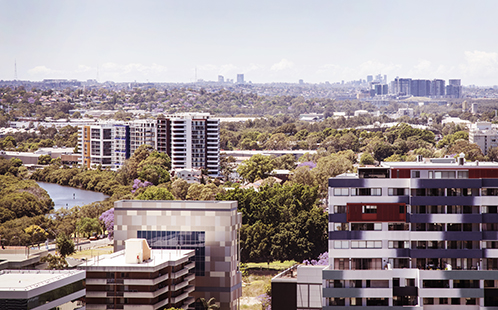 As the fallout from the 2022 federal election continues, a new analysis of western Sydney voting behaviours reveals an intensely politically-diverse region, with scattered and profound swings exceeding the national average.

Released by the regional thinktank, the Centre for Western Sydney based at Western Sydney University, the analysis ‘The results: How Western Sydney voted and what it means’ paints a picture of voter unpredictability in the region, and a street-by-street electoral contest that unfolded for the hearts and minds of voters.

Professor Andy Marks, Director of the Centre for Western Sydney, said predictions of growing electoral volatility in western Sydney played out at the ballot box, with the southwest emerging as the new battleground and voters expressing a greater diversity in opinion, resulting in some unpredictable results.

“Notably, one of Labor’s safest seats, Fowler, in the south-west fell to an independent. But following a highly-localised campaign by candidate, Sally Sitou, they retook a former heartland seat, Reid.”

Professor Marks said despite the profound swings against them across the region, the Liberals were able to hold onto some key seats in western Sydney.

“Notably the seat of Lindsay, which takes in Penrith and surrounding areas, held firm for the party, with Melissa McIntosh among their best performers nationally, attracting a 1.5 per cent swing,” Professor Marks said.

Professor Marks said there is much to analyse from the results and many lessons to be learned particularly for the major parties.

“The adage that ‘all politics is local’ has never been as stark as this federal election. Once again, we see that western Sydney as a region is anything but politically homogenous. Parties that ignore western Sydney’s great political diversity do so at their peril,” said Professor Marks.

“The blokey, high-vis vest photo opportunities and cutting ribbons on grand, mega-infrastructure projects are also having less and less cut through with voters. Instead, cost of living pressures, insecure work, health, aged care and education – these were all the tangible issues that likely fuelled the high levels of voter volatility among western Sydney electorates,” said Professor Marks.

“It shows us that voters in western Sydney should never be taken for granted.”

To download the ‘The results: How Western Sydney voted and what it means’ report, click here (opens in a new window).