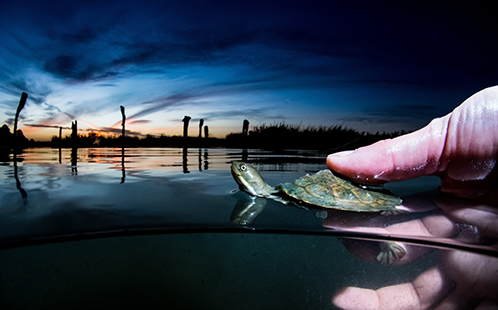 A Western Sydney University ecologist has completed a study of the aquatic scavengers in the Murray-Darling Basin, and has found that replenishing the numbers of Australian freshwater turtles will be critical to the successful cull of European carp and cleaning up after devastating “Fish Kills” in our rivers.

Associate Professor Ricky Spencer, from the University’s School of Science, said the Australian Government plans to use a biocontrol agent to eliminate the introduced species from South East Australian waterways.

“The European carp cull – which is referred to as ‘Carpageddon’ – will use a viral biocontrol to rid rivers of this invasive pest, so that it can return to its former ecological state and offer improved habitability for threatened native species,” said Associate Professor Spencer.

“However, unless there is an effective clean-up plan in place, Carpageddon will lead to hundreds of thousands of tons of fish carcasses rotting in our waterways, and will cause further habitat damage.”

Associate Professor Spencer led a research team in a series of experiments in 2018, which simulated the environmental conditions after a major fish kill event. The experiments were conducted as part of an ARC Linkage project.

Carp carcasses were introduced in four outdoor field sites near Murray Bridge, South Australia. The bait was submerged using a range of methods that allowed access to turtles, shrimps, prawns or crayfish.

In addition, researchers set up controlled mesocosm experiments – both with, and without turtles – using a state-of-art experimental wetland facility at Western Sydney University’s Hawkesbury campus. 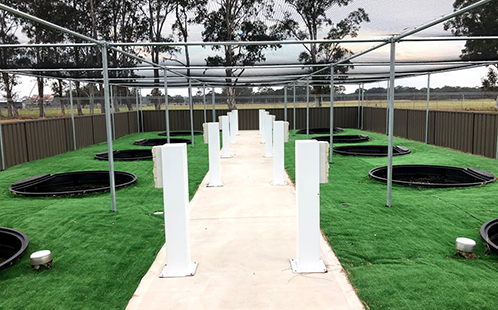 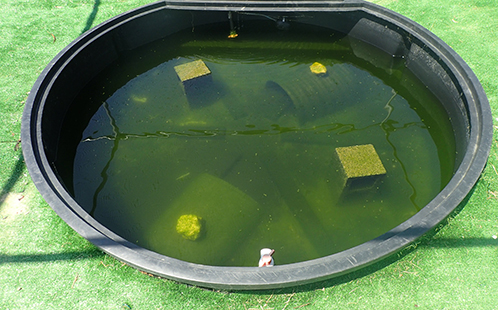 Photo Gallery: Click on the above image to view the mesocosm experiment in action.

In both the field and mesocosm experiments, researchers monitored the decomposition of the carp carcasses and recorded any changes to water quality.

Associate Professor Spencer said the study marks the first time that the scavenging role of freshwater turtles has been assessed experimentally. The findings, which are published in Scientific Reports,(opens in a new window) include observations that:

Claudia Santori, from the University of Sydney, participated in the study as part of a doctoral project supervised by Associate Professor Spencer. She said the findings conclusively demonstrate that turtle scavenging is vital for a healthy freshwater ecosystem.

“In the experiments that included turtles, the decomposing fish carcasses were gone within five days and the water rapidly returned to its prior condition. Without turtles, the water progressively deteriorates and becomes really dirty,” said Ms Santori.

Ms Santori explained that the experiment accounted for the role of crayfish, prawns, and shrimp – fellow scavengers in freshwater systems – but found that none were as effective as turtles.

“When fish carcasses remain in a water source, the water quality significantly degrades. One side effect is the rapid increase in ammonia levels, which is toxic to aquatic animals,” she said.

“Conversely, when a turtle scavenges, it completely dismembers a carcass which regulates nutrients being released into the water column where they are more accessible to algae, cyanobacteria and bacteria.”

Associate Professor Spencer said the findings clearly demonstrate the importance of the recovery of turtle populations.

“Freshwater turtles once occurred in high numbers in Australian waterways, but are now in sharp decline – in large part due to urbanisation, cars and foxes,” he said.

“There are a number of significant threats to turtles, which could lead them to becoming functionally extinct soon – which means they wouldn’t be able to play their significant role in the ecosystem that helps to regulate water quality.”

Associate Professor Spencer said, if Carpageddon proceeds, the recovery of the waterways will depend on the presence of a healthy turtle population to assist with the clean-up.

“Scavengers like turtles are part of our natural capital. They perform a job in the ecosystem that should be valued and quantified. The cost of introducing turtles as a natural clean-up crew should be quantified – just as it would be worked out how much it would cost to remove carp with boats and nets, or to build a filtration plant to clean our drinking water,” he said.

“It would probably be cheaper to boost the numbers of turtles in the Murray-Darling, than try and remove every dead fish from wetlands. The beauty of this solution is that you have a community more than willing to volunteer their time to boost baby turtle numbers in the river.