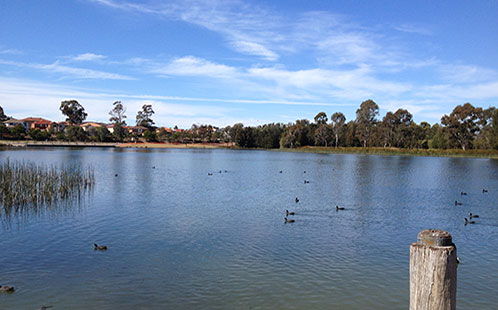 Western Sydney University is proud to launch the new Australia India Water Centre, to be delivered by a consortium of eight universities and one government partner in Australia, and fifteen universities and research institutions in India.

With a common goal of addressing the critical challenge of water security, sanitation, and water management and distribution in a warming climate, the consortium will foster research collaboration, education, training, and capacity-building.

At a virtual ceremony, delegates from Australia and India commemorated the official opening of the centre with Ministers from the Australian and Indian Governments, Vice-Chancellors and officials from the participating universities, and guests.

With increasingly urban populations, recent years have seen significant impacts on water supplies in both countries as droughts, prolonged heat and surging demand have resulted in water shortages and river health issues.

The Australia India Water Centre inception follows the signing in November 2019 of a joint Memorandum of Understanding between the Indian Central Ground Water Board and partners in the MARVI project (Managing Aquifer Recharge and Sustaining Groundwater Use through Village-level Intervention) that has been adopted in seven states in India with 20,000 villages actively participating.

Professor Deborah Sweeney, Deputy Vice-Chancellor and Vice President (Research, Enterprise and International) said Western Sydney University is deeply committed to sustainability and having a regional impact, including across Australia and through its partnerships in South Asia.

“With water a central principle of the United Nations Sustainable Development Goals, Western Sydney University is proud to jointly lead the innovative and collaborative Australia India Water Centre to deliver real impact for many millions of people in Australia and India and our wider regions,” said Professor Sweeney.