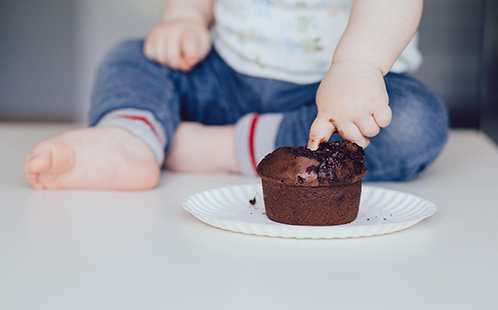 A Western Sydney University expert said new infant feeding guidelines released by the Dietary Guidelines Advisory Committee in the United States provide further evidence that Australian parents may be introducing foods to their children too early.

Dr Amit Arora, a Senior Lecturer in Public Health within the University’s School of Health Sciences, said the latest U.S guidelines specify that foods and beverages with added sugars should be avoided during the first 2 years of life.

“This goes further than current recommendations in Australia, which state that discretionary foods should be avoided in the first year of life," said Dr Arora.

Dr Arora said research in Australia has long indicated that parents may be introducing unhealthy foods to their children too early, and may need more education and support to inform their food habits and choices.

Dr Arora leads the longitudinal birth-cohort study, Healthy Smiles Healthy Kids (HSHK), which recruited 1,035 parents who had babies within Sydney public hospitals in 2010 and continues to track the health of the families.

Under Dr Arora’s supervision, Dr Narendar Manohar analysed the responses of 934 women in the study – who were interviewed when their babies were 8, 17, 34 and 52 weeks of age.

Mothers were asked how often their babies were fed specific foods within the preceding seven days, and the age in weeks that their babies first tried these foods.

The doctoral analysis, published in the journal Nutrients,(opens in a new window) indicates:

Dr Manohar said it was startling to see that such high numbers of parents were not adhering to infant feeding guidelines.

“Clearly, at the time that the data was collected, the infant feeding recommendations were not getting through to new parents, or were not well understood,” said Dr Manohar.

Dr Arora said some of the parents may have been unsure of the right time to introduce solid foods – which would not have been surprising, given that the wording of various recommendations and advice has varied.

“The World Health Organization (WHO) recommends solid foods be introduced ‘from’ 6 months, whereas the Australian National Health and Medical Research Council (NHMRC) in 2012 recommended ‘around’ 6 months of age,” said Dr Arora.

“More recently, the 2016 Australasian Society of Clinical Immunology and Allergy (ASCIA) recommended the introduction of solid foods from 4 to 6 months of age, and the Australian Infant Feeding Summit has clarified that the ‘from 4 to 6 month’ wording is intended to encourage parents to start solid foods when their infant is developmentally ready.”

Dr Arora said there is a consensus within all guidelines that parents are not advised to start solid foods before the age of 4 months (17 weeks).

“17 weeks is very early for foods to be introduced to infants. That 12 per cent of parents in the HSHK study were introducing core foods before this age, is a potential cause for concern,” said Dr Arora.

“In stark contrast to the new US and current Australian guidelines – 95.3 per cent of respondents had introduced unhealthy foods prior to 52 weeks of age, and the median age for introducing these foods was 28 weeks. This is also concerning.”

Dr Arora said the HSHK study should be replicated to determine if Australian parents are still introducing certain foods too early, or if access to public health information needs to be improved.

“We need to ensure that parents today are receiving enough clear information to inform their food habits and choices, and critical to this is ensuring that infant feeding recommendations are consistent across all guidelines,” he said.

Dr Manohar’s doctoral analysis was conducted under the supervision of Dr Amit Arora from Western Sydney University and Professor Andrew Hayen from the University of Technology Sydney.