Opinion: Australasia will host the 2023 FIFA Women’s World Cup: What’s not to like? 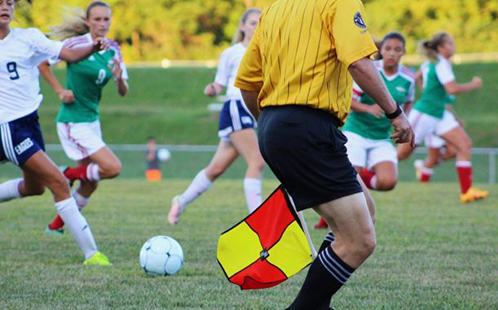 Australia and Aotearoa/New Zealand have won the right to host the 2023 FIFA Women’s World Cup. In the middle of a global pandemic, sport in both countries surely has something to celebrate.

Even more so given the miserable failure of Australia’s attempt to host the 2022 FIFA Men’s World Cup, which cost $AU43 million in public money and delivered precisely one vote.

The FIFA Council met virtually and pointed at the part of the globe that is Australasia rather South America. Colombia, the last rival bid left standing, was beaten in an unusually open process following FIFA’s governance reforms. Memories of the FBI arresting some FIFA Executive Committee members at its 2015 Congress in Zurich, and the subsequent ousting of notorious President Sepp Blatter, have begun to fade.

Hosting a mega sport event – whether women’s, men’s or mixed – is always controversial to some degree. While the bid cost was modest (an estimated $AU6 million), the combined public investment in the event will comfortably exceed $AU100 million. So what are the pros and cons of the verdict?

Sport has long been a male-dominated institution, and women have struggled to be able to compete in it, to be given full access at community level, and reap just rewards as professionals. There is continuing agitation for gender equity in sport, ranging from the adequacy of changing rooms and other facilities to the vast income disparity in most elite sports.

The last edition of the FIFA Women’s World Cup in France in 2019 was a major success. More than a billion people watched some of it on a media platform and over a million turned up at a stadium. So, there is a double sporting benefit of winning the bid – the scale and popularity of the event vividly demonstrates the appeal of women’s sport, and hosting a globally significant tournament benefits women’s football and sport in general in Australasia.

The Australian women’s team, the Matildas, is high among the nation’s most esteemed sport ‘brands’, currently rivalled only by the national women’s cricket team, which won the ICC T20 World Cup in Melbourne in March just before the pandemic closed down sport across the country. The Matildas’ status can only be enhanced by representing Australia in the ‘world game’.

There have been the usual outsized claims of social and economic benefits ($AU460 million) through sport tourism, ticketing, new infrastructure, greater sport participation, being in the ‘world spotlight’, and so on. Seasoned sport event analysts are always sceptical regarding such predictions about big sport-themed parties that claim to make real money.

Sport diplomacy, though, should get a lift. Despite political rhetoric about the co-hosts being ‘family’, the event may help soothe trans-Tasman tensions over, for example, the denial of social welfare benefits to New Zealanders in Australia and the deportation of their citizens who have committed crimes but spent most of their lives in Australia.

The 2000 Sydney Olympics attracted the world’s focus to Indigenous Australians as the nation sought to claim – just as it did in its 2023 bid document – that it is the very model of reconciliation. At the time of Black Lives Matter, Aborigines, Torres Strait Islanders and Maori will be very well placed to hold both countries to their postcolonial rhetoric as the world watches the Women’s World Cup.

That the sport in question is soccer is important, both because of the high proportion of women who play it, and its historical disparagement by some, in the memorable words of the late footballer and commentator Johnny Warren, as a game for ‘sheilas, wogs and pooftas’. Hosting the FIFA Women’s World Cup, therefore, is a positive statement not just about gender inclusiveness, but ethnicity and sexuality too. What’s not to like?

Well, sport sociologists are prone to rain on their own and other people’s parades. But, just because this mega sport event is devoted to women doesn’t make it exempt from the conventional criticisms directed at any such tournament.

How many countries actually wanted to win the prize? Nine expressions of interest translated into four bids, which became two when Brazil and Japan dropped out. The declining appeal of hosting big events, though, has been felt in other areas of sport, notably the Olympics. As sport coaches are prone to say, any game still has to be won regardless of the strength of the opposition.

The flipside of sport diplomacy is that Colombia, a country in which football is the preeminent game that is still emerging from a long, debilitating civil war, lost out to two more affluent countries who did not have to work as hard with FIFA in guaranteeing security. The voting patterns did show that politics in FIFA is still alive, with both the European and South American Confederations voting en bloc for Colombia, and the others for Australia/New Zealand.

Hosting a major sporting event tends to suck up much of the media oxygen and sponsorship money, displacing other cultural forms. The struggling post-pandemic arts and cultural sector would be well advised to hitch its wagon to the FIFA train through Olympic-style cultural festivals.

There is also the little matter of climate change. Major sports events, especially because of their reliance on large-scale people movement and energy use, have vast carbon footprints. Appeals to “international best practice frameworks” in “sustainable event management” are unlikely to assuage anxieties that the environment will not be among the trophy winners in 2023.

But it would be grossly unfair to deny sportswomen the opportunities taken for granted by sportsmen for so long. There is no doubt that the cause of women’s sport in the Asia-Pacific region will be advanced by the successful bid, as well as across the globe. Among the 37 members of the FIFA Council, it is mandated that “a minimum of one female representative must be elected per confederation”.

All currently elect precisely that minimum. Perhaps one mark of the success of the 2023 FIFA Women’s World Cup will be that, when the Committee next meets to decide the next host, many more women members will be in a position to decide where their game is played.