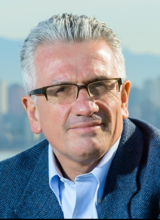 Regularly listed among the world’s most highly cited social scientists, his work has been translated into 15 languages. Peck holds honorary visiting professorships at the universities of Oxford, Nottingham, and Manchester. A former Editor of Antipode, he is the Managing Editor of the journal EPA: Economy and Space, serving on the editorial advisory boards of the Review of International Political Economy; Annals of the Association of American Geographers; Regional Studies; Economic Geography; the Journal of Law and Political Economy; Area Development and Policy; Pegada; Territory, Politics, Governance; and Alternate Routes. Since 2003, Peck has coordinated the Summer Institute in Economic Geography, an international workshop for early-career researchers.