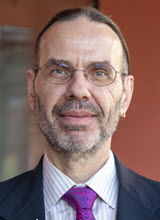 Manfred B. Steger is Professor of Global and Transnational Sociology at the University of Hawai’i at Mānoa and Global Professorial Fellow at the Institute of Culture & Society at Western Sydney University. He has previously held executive positions as Head of School of International and Community Studies, Director of the Globalism Research Centre, and Research Leader in the Global Cities Research Institute at RMIT University, Melbourne, Australia. A member of the editorial boards of prestigious academic journals such as "Globalizations" and the "American Political Science Review," Steger has served as an academic consultant on globalization for the US State Department and as an advisor to the American Public Broadcasting Service's television series, “Heaven on Earth: The Rise and Fall of Socialism.” A past Chair of the Steering Committee of the Global Studies Consortium, Steger has been a visiting scholar and invited speaker at universities on four continents, including Oxford University, University of Chicago, Free University Berlin, University of Wisconsin-Madison, Shanghai Academy of the Social Sciences, Kobe University, and the Australian National University. He is the author of over seventy refereed articles and book chapters as well as the author or editor of twenty-seven books on globalization, and social and political theory, including: The Quest for Evolutionary Socialism: Eduard Bernstein and Social Democracy (Cambridge, UK: Cambridge University Press, 1996); "The Rise of the Global Imaginary: Political Ideologies from the French Revolution to the Global War on Terror" (Oxford University Press, 2008); the award-winning "Globalisms: Facing the Populist Challenge," 4th ed. (Rowman & Littlefield, 2020); the bestselling "Globalization: A Very Short Introduction," 5th ed. (Oxford University Press, 2020; translated into 22 languages); "What Is Global Studies? Theory & Practice" (with Amentahru Wahlrab; Routledge, 2017); and "Globalization Matters: Engaging the Global in Unsettled Times" (with Paul James; Cambridge University Press, 2019). 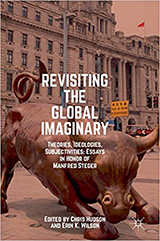