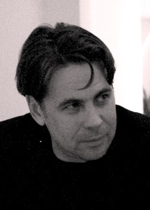 Professor Brett Neilson’s research and writing aim to provide alternative ways of conceiving globalisation, with particular emphasis upon its social and cultural dimensions. Drawing on cultural and social theory as well as on empirical studies, his work has derived original and provocative means for rethinking the significance of globalisation for a wide range of contemporary problems and predicaments, including the proliferation of borders, the ascendancy of financial markets, the pressures of population ageing, the governance of logistical chains, and the role of digital infrastructures. His writings have been translated into sixteen languages: Italian, French, German, Spanish, Portuguese, Swedish, Finnish, Greek, Hungarian, Slovenian, Turkish, Arabic, Polish, Chinese, Japanese and Korean.

Mezzadra, S & Neilson, B 2013, Border as method, or, the multiplication of labor, Duke University Press, Durham.

Neilson, B 2004, Free trade in the Bermuda Triangle ... and other tales of counterglobalization, University of Minnesota Press, Minneapolis.