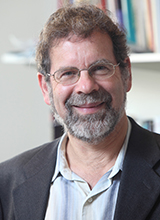 Professor Daniel Miller is an Adjunct Professor at the Institute. He is an anthropologist who is closely associated with studies of human relationships to things, the consequences of consumption and digital anthropology. His initial research interests were in developing a theory of material culture, primarily based on Hegelian philosophy and published as Material Culture and Mass Consumption. This was followed by a series of research projects about material culture and consumption including cars, clothes and homes based on fieldwork in India, Trinidad and London. This culminated in books such as The Comfort of Things and Stuff (opens in a new window). At the turn of the century, he then shifted his prime interest to the study of digital anthropology, creating the first programme with that title at Anthropology UCL. There followed a series of projects about the internet, webcam and other digital media based in Trinidad and the Philippines. Over the last ten years, he has run two ERC funded global projects, the first Why We Post devoted to the study of social media and the current project ASSA – The Anthropology of Smartphones and Smart Ageing. The Why We Post project is now complete. It was published in eleven volumes which have passed one million downloads worldwide.

The comparative volume from the current project ASSA was published in May 2021 as The Global Smartphone. Currently, he is writing a book comparing Western Philosophy with a bunch of retired Irish folk as alternative guides to the purpose of life, in order to examine the differences between anthropological and philosophical approaches.

Horst, H.A. and Miller, D., 2020. The cell phone: An anthropology of communication. Routledge.