All Sport is Global: A Hard Lesson From the Pandemic

The following opinion piece by Emeritus Professor David Rowe, Institute for Culture and Society, was first published with full links on Open Forum (opens in a new window). 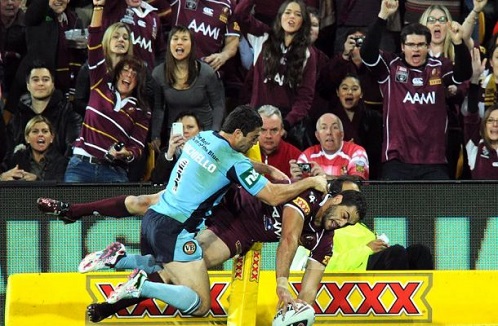 There is a common saying that all politics is local. In the wake of the Covid-19 pandemic, we should invent a new one: all sport is global.

In a few short months, worries about sport – especially via the media – being only too available, have given way to complaints that live sport action has become as rare as panic-purchased toilet paper.

Now the burning question for sport fans is not about the quality of their favourite game, team or athletes, but when normal service will be resumed. Live sports events in front of boisterous crowds watched by legions of armchair viewers have suddenly become memories rather than familiar cultural furniture.

This has been a strangely democratising experience. Many sports fans complain about how big-time sport is crushing its grassroots, but now sport at all levels has helplessness in common. It is currently not much easier to put a local community team on the field than to stage a global sport event like the European Champions League or the Olympic Games.

Sport and globalisation have long been bedfellows. In fact, their relationship has supplied one of the most striking cases of the Global Village in action.

As competitive, regulated and quantified physical culture, modern sport was disseminated in the 19th century, first along the pathways of the British Empire, and then well beyond in the post-colonial world.

As the physical practice of sport spread across the globe, its cultural visibility mushroomed with the media, especially television, with virus-like exponential growth.

A vast media sports cultural complex emerged involving ever-growing spectacle and expanded content, with circuits like those in tennis, cricket, rugby union, motor racing and golf crisscrossing the globe, their every move tracked by the media for viewing in distant places.

Even school and community school sport were caught up in the machine, as branded sport and leisurewear goods, commercial sponsors, talent identification and career trajectories connected sport from the suburban ground to the cathedral stadium.

Covid-19 has brought this runaway vehicle to a crashing halt, exposing its inner workings as never before.

In Australia, professional sports leagues with billion-dollar budgets like the AFL and NRL were shown to be fragile entities on Afterpay, relying on the next tranche of games to stop their many loss-making clubs from going to the wall.

Grandiose claims on the public purse were made in the name of the nation – globalisation’s sleeping partner. The Australian Rugby League Commission Chairman Peter V’landys – best-known in non-sporting circles for wanting to spruik a horse-race’s odds on the sails of the Sydney Opera House – won the contest for audacity in declaring, “An Australia without rugby league is not Australia”.

Before the football leagues and the basketball and netball finals were suspended came the strange experience of games without crowds. These are usually punishments for bad behaviour, such as crowd violence or racist chants, but here they were desperate attempts to keep sport’s media paymasters and fans happy.

But these games only highlighted live sport’s dependency on the sights and sounds of the stadium crowd, providing essential atmosphere for the much larger television audience, some of whom may be on the other side of the world.

Much bigger leagues like the English Premier League, the NBA and the NFL can’t get away with it either. All are equally reliant on media rights revenue to keep going. This is why, as Rugby Australia has found to its cost, the pandemic has come at a particularly bad time in the cycle of sport media rights negotiations.

Already under pressure from falling advertising revenues and audiences caused by media industry disrupters like Facebook, Google, Amazon and Netflix, TV broadcasters had signalled to sport that the inflated cost of showing live sport needed to be curbed.

Covid-19 then swept through and the product itself had temporarily disappeared. Any preoccupation with financial arrangements around watching sport on screen, though, finally gave way to the flesh-and-blood reality that, especially in contact sports, keeping the game going threatened the lives, not just the livelihoods, of sportspeople.

It has taken the wicked problem of a hyper-contagious virus emerging in East Asia and passing rapidly around the world to demonstrate the vulnerability of sport’s global system of just-in-time, continuous production.

Globalisation turned sport into a cultural-commercial behemoth. This global pandemic has shown, in the starkest terms, that what globalisation giveth to sport, it can just as easily taketh away.