18 Dec 2019
Dr Malini Sur has appeared on ABC News Afternoons and Evenings, commenting on the current smoke and dust pollution in Sydney and about air pollution as a global epidemic. Dr Sur has been researching dust in various contexts including how the ground is broken in Parramatta's current construction boom and the effects of air pollution on cyclists in cities.....Read more. 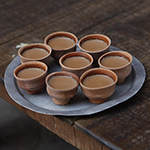 16 Dec 2019
The Institute is pleased to announce the launch of Issues, a new multilingual journal of short essays on topics of historical and contemporary relevance, housed at the Institute for Culture and Society and edited by Dr Malini Sur and Dr Liam Magee.....Read more.

The Government Wants to Privatise Visa Processing. Who Will Be Held Accountable When Something Goes Wrong?

05 Dec 2019
The Department of Home Affairs has begun taking steps to outsource its visa processing to private service providers. This move has sparked an important national debate on transparency, accountability and profiteering in the immigration system.....Read more. 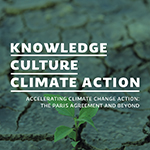 29 Nov 2019
On 2-3 December 2019 in Santiago, Chile, Western Sydney University will join the University of Chile, CIGIDEN, NUMIES and other international partners to host a symposium addressing the climate emergency, results from which will be live-steamed to the UN Climate Change Conference COP 25 in Madrid, Spain.....Read more.

What Do Sydney and Other Cities Have in Common? Dust

22 Nov 2019
Sydney and its suburbs have been enveloped in haze over the past few days. The haze is a mixture of bushfire smoke and dust blown in from western New South Wales. As particles move from rural locations, like Gospers Mountain in this case, they make grey cities. In Australia, dust blurs the distinction between the bush and the city.....Read more. Natural History on TV: How the ABC Took Australian Animals to the People

20 Nov 2019
Most of us will never see a platypus or a lyrebird in the wild, but it’s likely we’ve encountered them on television. Our new research looks at the vital role early ABC television played in making Australian animals accessible to audiences.....Read more. 18 Nov 2019
Congratulations to Associate Professor Denis Byrne who is a newly elected Fellow to the Australian Academy of the Humanities, the highest honour for achievement in the humanities in Australia, for his work in heritage studies.....Read more. 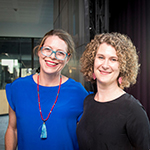 06 Nov 2019
The new Young and Resilient Research Centre, led by Co-Directors Associate Professors Philippa Collin and Amanda Third, has been launched. Bringing together research expertise from the Institute for Culture and Society, and throughout the University, the Centre researches how to harness technology to explore the resilience of young people and their communities.....Read more. 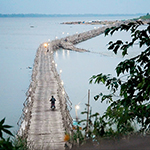 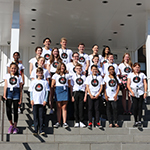 23 Oct 2019
This week, twenty-one students aged 10-17 came together in a national forum at the Museum of Australian Democracy in Canberra to discuss the future of news media and train to be News Champions, equipped to lead discussions and engage with news in their local communities, as part of the Advancing the Media Literacy of Young Australians research project.....Read more.

17 Oct 2019
Congratulations to Associate Professor Juan Francisco Salazar who has been awarded an Australian Research Council Future Fellowship for his project 'Australia a Space-faring Nation: Imaginaries and Practices of Space Futures'. Associate Professor Salazar will receive just over $1 million to investigate the challenges, opportunities and implications of outer space as a site of economic, political, environmental and cultural interest for Australia.....Read more.

ICS Researcher Named Top in the Field of Communication

03 Oct 2019
Congratulations to Emeritus Professor David Rowe who has been named top researcher in the field of Communication in The Australian's 2019 Research Magazine. Western Sydney University has been named top institution in Sociology. Research analytics firm League of Scholars analysed data from Google Scholar to identify leaders in 258 fields of scholarship based on both volume of research produced and its quality.....Read more.

Affordable Housing Lessons from Sydney, Hong Kong and Singapore: 3 Keys to Getting the Policy Mix Right

20 Sep 2019
Affordable housing is a critical problem for Australia’s biggest housing markets. Five Australian cities are in the top 25 with “severely unaffordable” housing in a 2019 Demographia survey of 91 major metropolitan markets. Sydney was ranked the third least affordable of the 91.....Read more.

18 Sep 2019
A recent report by the Greater Sydney Commission singles out urban heat as one of four priority areas given our coming climate. It identifies tree canopy as the top response for reducing city temperatures and delivering amenity. However, the public conversation about urban heat often misses the complex relationship between trees, people and the built environment, which challenges this response.....Read more.

On an Average Day, Only 1% of Australian News Stories Quoted a Young Person

03 Sep 2019
On one unremarkable day in April this year, just over a third of news stories were about issues likely to impact young people, such as policies to address climate change, school teacher training, the impact of automation on future employment and proposed social media regulation.....Read more.

03 Sep 2019
In August last year, England cricketer Ben Stokes stood with head back and eyes closed as he was found not guilty of affray in a Bristol court. On Sunday, Stokes stood in a similar pose with his head back and his eyes closed. But now he was roaring in triumph having pretty much single-handedly won the third Ashes Test match for England against the old enemy Australia.....Read more.

03 Sep 2019
For most of us, it is easy to pass judgement on others while finding it difficult to reflect on ourselves.Diversity Arts Australia recently undertook a research project, Shifting the Balance, with the assistance of Western Sydney University and BYP Group. We investigated representation of culturally and/or linguistically diverse (CALD) Australians in leadership positions within our major arts, screen and cultural.......Read more.

Will time tear us apart? Exploring the Appeal of Joy Division 40 Years On

03 Sep 2019
In a previous century, I conducted doctoral fieldwork among the abandoned warehouses, smoky pubs and crumbling squats of the British post-punk, independent rock scene. How strange that I should become re-acquainted with that scene at the shimmering Sydney Opera House.....Read more.

Most Migrants on Bridging Visas Aren’t ‘Scammers’, They’re Well Within Their Rights

03 Sep 2019
Recent articles in the media have raised concerns about the rapid rise in migrants living and working in Australia on bridging visas, whose numbers have more than doubled in the last four years.....Read more.

02 Sep 2019
A new report on the inclusion and representation of young Australians in the news finds that young people are seldom given the opportunity to speak for themselves and are given almost no attention as a social group.....Read more.

Our National Anthem is Non-inclusive: Indigenous Australians Shouldn’t Have to Sing It

06 Jun 2019
It is traditional at major sports events to begin with a rendition of the national anthem. At the State of Origin rugby league clash between New South Wales and Queensland on Wednesday, however, at least four Indigenous rugby league players have vowed to remain silent – a protest against an anthem they feel doesn’t represent them.....Read more.

06 Jun 2019
If your child spends long hours playing video games, you might be worried they’re addicted.“Gaming disorder” is real, and has now been classified as a disease in the World Health Organisation’s International Classification of Diseases and Related Health Problems (ICD). The new ICD will be adopted in 2022.....Read more.

Is This a Housing System That Cares? That’s the Question for Australians and Their New Government

30 May 2019
Growing numbers of Australians are locked out of home ownership or struggling in insecure and unaffordable private rental markets. There are concerns about home owners drowning in debt. And for lower-income earners, high housing costs mean that paying for food, energy bills and health costs is an ongoing challenge.....Read more.

23 May 2019
Disposable’ usually describes minor ephemeral things from take-away coffee cups to plastic bags. More recently, it has been applied to furniture, fashion, technologies and even people. But what does it mean? The phrase ‘easy come, easy go’ captures many of the popular assumptions about disposability.....Read more.

New Book in Honour of Manfred B Steger

02 May 2019
Congratulations to Professor Manfred B. Steger who has had a book of essays published in honour of his important contributions to the field of global studies. Revisiting the Global Imaginary: Theories, Ideologies, Subjectivities: Essays in Honor of Manfred Steger is a tribute to the extensive body of work on globalisation that.......Read more.

15 Apr 2019
Congratulations to Professor Katherine Gibson who has been appointed as the Gough Whitlam and Malcolm Fraser Visiting Professor of Australian Studies at Harvard University for the 2020-2021 academic year.....Read more.

20 Mar 2019
Western Sydney University researchers have been awarded almost $500,000 in funding after securing two prestigious Australian Research Council (ARC) Linkage Grants. The funding will see researchers from the Institute for Culture and Society explore how migrant communities experience and interact with existing heritage places in Parramatta, and researchers from the MARCS Institute work on improving.......Read more.

Don’t Fall for It: A Parent’s Guide to Protecting Your Kids from Online Hoaxes

19 Mar 2019
It’s a parent’s responsibility to protect their children from harm, no matter where that threat of harm comes from. But what if the threat is a hoax?We’ve seen recently a rollercoaster of panic from parents trying to protect their kids from a supposed online threat known as the Momo challenge, that has for months been debunked as a hoax.....Read more.

Young Voters May Hold the Key to the NSW State Election: Here’s Why

14 Mar 2019
Young Australians are more connected, educated and informed than previous generations. They are also more likely to have higher debt and less economic independence into their 30s. Many feel excluded from traditional politics and policy making and are turning to local action and global issues to express their political views.....Read more.

More Can Be Done for Housing in Western Sydney

11 Mar 2019
Housing affordability, a woe not simply for the rich. A great deal has been made of the ongoing investment into infrastructure in Greater Western Sydney – the recently-named Nancy-Bird Walton airport and the Metro West spring to mind. While these investments and the jobs they bring are welcome, it is perhaps time to focus on the most critical infrastructure of all, our communities and how people can live well in them.....Read more.

11 Mar 2019
St George Illawarra and NSW State of Origin player Jack de Belin has become the first player to be banned under a new “no fault stand down” policy introduced by the National Rugby League (NRL).....Read more.

08 Feb 2019
Congratulations to our PhD candidate, Helen Barcham, who has been awarded a competitive Western Sydney University Vice-Chancellor’s Gender Equality Fund to support her women’s health project, Women Doing Well.Women Doing Well is an interdisciplinary research project that seeks to expand understandings of women’s health, wellness, and the body.....Read more.

08 Feb 2019
Western Sydney University will co-lead two research streams for a new collaborative think thank– the Centre of Excellence for Resilient Communities and Inclusive Societies (CERCIS) - to forge solutions to problems caused by social polarization and racism as well as youth-related issues in the digital age.....Read more.

One Infinity Explores Tension and Connection Between China and the West

07 Feb 2019
In an age of growing mistrust, the Chinese-Australian artistic collaboration One Infinity demonstrates the ability of dance and music to navigate tensions between different cultures.....Read more.

24 Jan 2019
Researchers from Western Sydney University have investigated the effect of rising temperatures on the liveability of cities. They found that an over-reliance on air-conditioning and lack of cooling elements in public outdoor areas are leading to sedentary lifestyles and social isolation.....Read more.

23 Jan 2019
Whether it be as overseas workers, international students or travellers, young people between the ages of 25-39 today account for the greatest number of long-term departures amongst Australians. At this time of year in particular, high school and university graduates have the opportunity to choose their next path, and many will consider an overseas experience.....Read more.