How adaptable are common urban tree species under drought conditions? 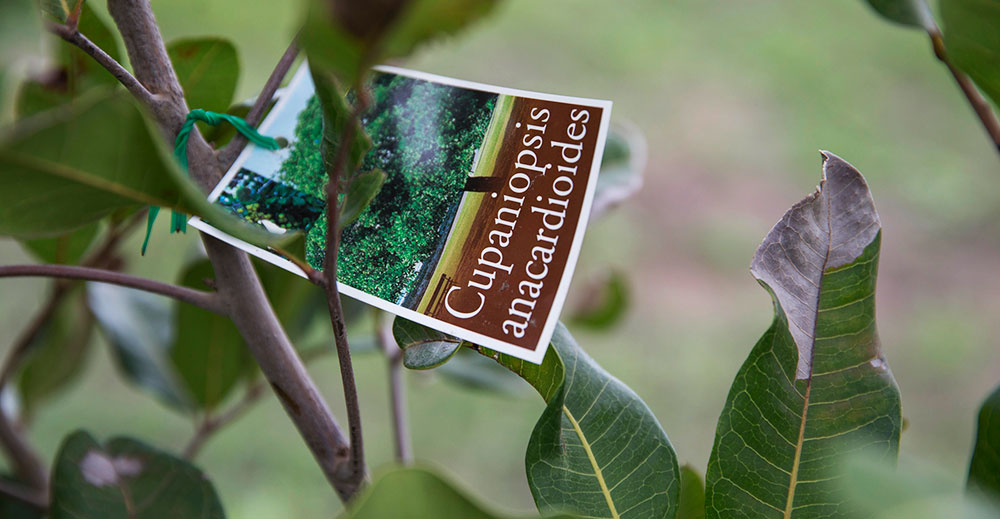 Researchers in the Which Plant Where (opens in a new window) project based at Western Sydney University have assessed the physiological tolerance of five key urban tree species across four geographic locations as part of efforts to select species that are more likely to cope with heat and drought as they mature over the next decades.

According to Dr Manuel Esperon-Rodriguez, lead author of the research at the Hawkesbury Institute for the Environment (opens in a new window), these key species could support significant efforts underway to increase the use of climate-ready tree species that will thrive in an increasingly warm and drier future.

“We measure a species’ adaptiveness to heat and drought through measures such as leaf turgor, wood density, isotopic carbon analysis and leaf area,” said Dr Esperon-Rodriguez.

“Interestingly, the exotic and cooler-climate origin species such as Celtis and Tristaniopsis showed greater ‘plasticity’ under warmer conditions than the species that actually evolved in warmer climates such as Eucalyptus and Cupaniopsis. Plasticity is a term that refers to a species’ ability to modify its functions or features that show potential for better coping with the warmer and drier conditions, and could mean they are actually better suited to future climates,” Dr Esperon-Rodriguez said.

There is a strong correlation between turgor loss point (the point at which a species starts to wilt) and annual rainfall and temperature, so a tree of a given species growing at Penrith in western Sydney tends to modify its physiology to become more tolerant of drought than another tree of the same species growing under cooler and higher rainfall regions such as coastal Sydney.

This means that measuring turgor loss point can act as a good proxy for overall drought tolerance and adaptive plasticity to climate. For planners and landscape architects selecting trees, this may mean that information on turgor loss point might be used as a guide to choosing species that are more likely to thrive and make it to maturity.

“This type of research can be used to help green our towns and cities as a warming climate places greater demands on urban trees. We need more specific knowledge on which species show potential to be adaptable across a range of locations and climates and which species might actually prove to be more vulnerable than expected,” said Dr Esperon-Rodriguez.

The research is published in the journal Urban Forestry and Urban Greening (opens in a new window).

Which Plant Where is funded by the Hort Frontiers Green Cities Fund, part of the Hort Frontiers strategic partnership initiative developed by Hort Innovation, with co-investment from Macquarie University, Western Sydney University and the NSW Office of Environment and Heritage and contributions from the Australian Government.