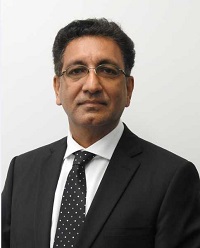 Professor Ronagh is the director of the program on "Structures", appointed to the position in October, 2015. Prior to joining Western Sydney University, Professor Ronagh was at the University of Queensland where he led Structural Retrofit, the largest research group in the field of Structural Engineering. This group was active on many projects including FRP strengthening of reinforced concrete joints, overwrap repair of subsea pipelines and strengthening against post-earthquake fire.

Hamid has also been the driving force behind the transfer of light steel framing technology to his home country of Iran following the Bam earthquake in 2003 which killed 26,000 people. Due to his efforts, light steel framing technology has grown considerably in Iran, with over 60 active plants producing over 100,000 sqm of steel frames monthly. There now also exists a published national design code which he has been involved with the development of, and design courses are offered at the doctoral level at universities.

Hamid Ronagh is the author or co-author of over 200 scholarly publications (including over 100 journal publications) on a wide range of topics in the areas of structural engineering, in particular structural retrofit and light steel framing. He has also been involved with several major projects as a specialist consultant over the years. He received his PhD degree in Structures from the University of New South Wales in 1996.

Behnam, B. and Ronagh, H.R., (2015), "Firewalls and Post-Earthquake Fire Resistance of RC Frames", accepted for publication in the Journal of Structures and Buildings", April 2015