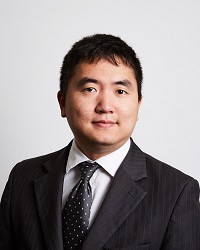 Dr Kejun Dong joined the Centre for Infrastructure Engineering (formerly the Institute for Infrastructure Engineering), Western Sydney University as a Senior Lecturer in 2014. He earned both his bachelor and master degrees from Department of Applied Physics, Hunan University (China) in 1996 and 1999 respectively, and received his PhD from School of Materials Science and Engineering, University of New South Wales (UNSW) in 2007. He then worked as a research fellow and Lecturer in the world-renowned Laboratory for Simulation and Modelling for Particulate Systems (SIMPAS) at UNSW prior to joining WSU.

Dr Dong is the author or co-author of over 70 scholarly publications (including over 40 journal publications), in the areas of simulation and modelling of particulate systems. He has been awarded a Chinese Government Award for Outstanding Self-financed Students Abroad (2004), Australian International Postgraduate Research Scholarships (IPRS) (2002), Australian Postdoctoral Fellowship (APD) (2009) and Australian Discovery Early Career Researcher Award (DECRA) (2012).

He has developed a software package for modelling particulate systems based on discrete element method (DEM) that has been applied to the studies of various industrial processes, including:

Kejun has also attracted research grants worth over AUD1 million. He has established linkages with industries, conducted several consulting projects based on computer simulation and delivered end-user simulation softwares. He is serving as a referee for various high ranked journals in his research fields. He has co-supervised and joint-supervised 4 PhD students.