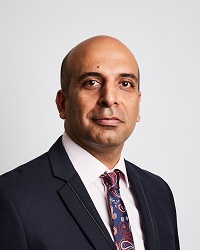 Receiving an EIPRS scholarship at 2009 he started his PhD at the University of Sydney and obtained his PhD in 2013 in Mechanical Engineering. He received first prize in Conversazione for poster presentation in the field of mechanical engineering over 2 consecutive years (2009-2010) and also awarded Dean's Commendation for Tutoring (Lab demonstrator for material testing) and William & Catherine McIlrath Scholarship, Grants-in-Aid, 2011 .

Bob has since then worked as a research fellow at the University of Sydney and later joined the industry as a research principal scientist for designing new polymeric binder in pavement industry. After that Dr Abtahi became head of research and development with a private sector of the mining industry (Global Road Technology).

Dr Abtahi has more than five years teaching experience in various polymer engineering courses. He started his professional career as a polymer engineer at 2000 and had been involved in several national/international projects in different areas of polymer engineering, product development and commercialization for 12 years.

His research interests include: