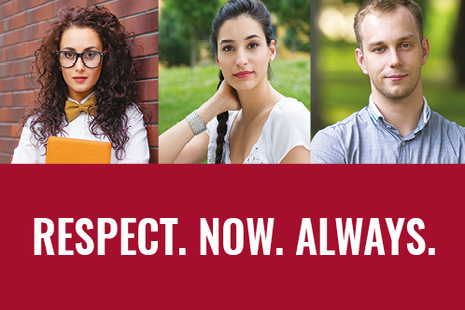 Throughout my various professional roles I encounter a range of issues that provoke discussion and warrant an exchange of ideas. I am opening this blog to broaden dialogue on these areas and to hear your reactions and thoughts.

I am beginning with a particularly serious topic. The Australian Bureau of Statistics estimates that nearly one fifth of all women have experienced sexual assault since the age of 15. Among the most vulnerable are those between the ages of 18 and 25—a demographic that constitutes a large part of our student population.

Everyone has a right to learn in a safe environment and universities must do all we can to ensure student safety. One incident is one too many. In declaration of a zero-tolerance of sexual assault and sexual harassment, Universities Australia launched the "Respect. Now. Always" campaign in 2016.

Mid-last year, I launched the first ever national survey on student experiences of sexual assault and sexual harassment, which was conducted by the Australian Human Rights Commission with the support of the National Union of Students and the National Tertiary Education Union.

The survey was sent to a representative random sample of enrolled students to provide a snapshot of the current landscape. This was supported by written submissions to the Australian Human Rights Commission by anyone who wished to share their views on sexual assault and sexual harassment at university or of university students.

The survey closed in December 2016. Results have been de-identified and are currently under independent analysis by Roy Morgan and the Commission. Results are due for release mid this year, at which point we will be able to use this information to understand the prevalence of these incidents – a critical step in enabling universities to better respond to and support those students who need us the most.

Thank you to everyone who completed the survey or made a submission to the portal from Western Sydney University.

The University has established a range of initiatives to raise awareness and support victims, including:

Universities Australia is determined to tackle this issue but to do that effectively we need as accurate a picture of what is going on as possible. In short, we need the feedback to know what works and what doesn't, and so we have asked our students to help us shape a university culture founded on consent and respect.

If you need help or support to deal with sexual assault or sexual harassment, please call 1800 RESPECT.