The year 2021 ended on a high note for the Australian Cultural Fields project with one of its major outputs – The Australian Art Field: Practices, Policies, Institutions (opens in a new window) – being awarded two prizes by the Art Association of Australia and New Zealand (AAANZ).

Edited by Tony Bennett, Fred Myers, Deborah Stevenson and Tamara Winikoff, the book was awarded the AAANZ prize for the best anthology of the year (opens in a new window).

The book was also featured in two panels at the AAANZ annual conference (opens in a new window), where the prizes were announced. Initiated by the renowned art historian Terry Smith, the panels focused on different aspects of the book.

The first panel, with presentations by Tony Bennett, Deborah Stevenson and art theorist Stephen Gilchrist, from the Yamatji people of Western Australia, focused on the book’s engagement with questions of social class, Indigeneity, and changing policy environments.

The second panel, involving Tamara Winikoff, art historian and critic Julie Ewington, and artist Deborah Kelly, engaged with varied aspects – past and present – of Australian feminist arts and policy activism, both celebrating the ground these had won while also identifying issues still needing to be addressed.

The AAANZ generously supported the speakers in these panels in view of its appreciation of the wide range of voices the book brings together. It is indeed perhaps a world-first in terms of the spectrum of perspectives it presents, with contributions from art historians, sociologists, policy analysts, Indigenous writers, feminists, class theorists, multicultural writers and anthropologists.

And, of course, artists. The book (opens in a new window) closes with seven interviews, organised and conducted by Tamara Winikoff, with leading Australian artists representing a range of different forms of contemporary arts activism.

The second AAANZ prize was awarded to one of the artists included in this section of the book. This prize – for the best piece of art writing by an Indigenous Australian (opens in a new window) – went to Danie Mellor for his contribution ‘Speaking of an unquiet country’.

With two of his paintings primarily in mind – The Song Cycle (2018) and A gaze still dark (a black portrait of intimacy) (2019), both included in the anthology – Mellor elaborates how his work addresses a series of concerns located at the interfaces between Indigenous arts practice, Western art traditions and the political challenges facing Indigenous Australians.

His discussion of how he has drawn on his maternal Aboriginal ancestry, linking him to Mamu and Ngajanji rainforest people in Northern Queensland, to rework Western landscape traditions is an especially vivid testimony to the challenge of critically engaging Western art traditions that is one of the hallmarks of contemporary Indigenous art.

The release of the project’s culminating volume, Fields, Capitals, Habitus, was marked with articles by three ACF researchers in The Conversation, a leading platform of research-based journalism.

Tony Bennett examined the special esteem Australians have for Indigenous visual art (opens in a new window), a liking that is exceptional in the way that it crosses class lines, and breaks down traditional taste distinctions between the abstract and figurative.

David Carter considered the contested history of the notion of the ‘middlebrow’, and what characterises the ‘middle space’  between low and high levels of participation in cultural activities (opens in a new window) in Australia today.

Emma Waterton charted the variation in Australians’ engagement with heritage, identifying the broad appeal of private family history (opens in a new window) as compared with the more specific demographic characteristics of those interested in public heritage.

The panellists explored the role that culture plays at the intersections of a range of social divisions and inequalities: between classes, age cohorts, ethnicities, genders, city and country, and the relations between Indigenous and non-Indigenous Australians.

The presenters were Tony Bennett, Michelle Kelly, Greg Noble, Deborah Stevenson and Liam Magee, and David Rowe, who was also the moderator. A video of the panel presentations (opens in a new window) and their responses to questions from the audience is available on the Social Sciences Week website. Research led by the Institute for Culture and Society at Western Sydney University features in an ABC podcast series on class and an interactive digital article involving an online quiz this April.

The University-led major national survey of over 1,200 Australians found that social class has a strong influence on their cultural tastes, with level of education and occupation being key factors in determining cultural preferences.

Lead Investigator Professor Tony Bennett says that class remains significant in the daily choices and lifestyles of Australians, and that it is critical to the patterns of inequality in contemporary Australia.

“There are very clear connections between the cultural advantages that middle and upper middle class Australians derive from their home backgrounds, their educational successes, their later occupational careers and the cultural tastes they develop that distinguish them from other Australians. The role of culture in the inheritance of inequalities shows that Australia has a long way to go before it can truly be the fair-go country it claims to be,” he says.

Professor Bennett was interviewed at length in ABC RN’s Big Ideas podcast series (opens in a new window) on class with Richard Aedy, which began on 2nd April and ran for four consecutive evenings on the radio.

Now the ABC gives the Australian public the chance to reflect on their personal cultural tastes by answering online questions (opens in a new window) about their television, music and literary activities and tastes, and comparing their results with the research project’s findings.

“Engaging with this online quiz will help Australians get a sense of how their age, gender, level of education and social class shape the distinctive pattern of their cultural tastes and interests. Just as important, it will tell them a lot about the cultural tastes of Australians who differ from them in these respects, and provide plenty of food for thought about how culture, class, age, education and gender interact in ways that account for the persistence of inequalities in contemporary Australia,” says Professor Bennett.

With increasing divisions of wealth in Australia causing new class divides, it is more important than ever to consider how class plays out in the everyday lives of Australians and what can be done to address these inequalities.

Findings from the research will soon be published in the journals Continuum and Media International Australia.

Article source: Institute for Culture and Society, 'Western Sydney University Researchers Partner with the ABC on a Class and Cultural Tastes Feature' What are the social barriers to participation in sport in Australia, and how might these be redressed?

Investigating barriers associated with gender, age, class, ethnicity and level of education, Professor Rowe calls for "more systematic attention" be paid "to bolstering rights and responsibilities in the sport field." Read the full piece here (opens in a new window)

For the love (or not) of art 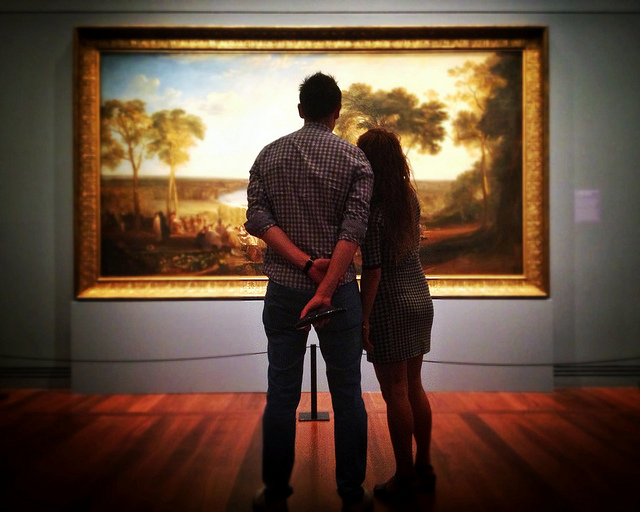 Who shares your taste in art? You might be surprised to discover some of the differences in Australians' preferences for visual art in a new paper from Professor Tony Bennett and Professor Modesto Gayo.

"For the Love (or Not) of Art in Australia" is the latest publication in the Institute for Culture and Society's tOPICS occasional paper series.

Drawn from a major 2015 survey of cultural tastes and practices in Australia, the authors describe powerful cultural barriers that inhibit participation in the national art field, and the relationship between social divisions and tastes for different kinds of art among those who are art lovers.

Read the full paper here (opens in a new window)

The Aboriginal Arts Board and 'Aboriginal literature', 1973-1983

The article appears in Australian Literary Studies' first online-only issue, and is free to view (opens in a new window) until June. You can read the abstract here.

Hot off the press: 'Transforming Cultures? From Creative Nation to Creative Australia' 'Transforming Cultures?' is the first major research output of the Australian Cultural Fields project, and is part of the first issue of MIA to be published by SAGE.

The section has its theoretical foundation in the field theory of Pierre Bourdieu, but also signals field theory's limitations in relation to transnationalism, ethnic heterogeneity and Indigeneity. Its articles explore broadcast media, sport, music, literature, heritage, and Indigenous art fields in Australia.

To celebrate the addition of MIA to SAGE Journals, the publisher is currently offering free online access to all articles in the themed section from the current issue page.

After this expires, the table of contents and abstracts for the themed section can be found here (opens in a new window) Tony Bennett is a panellist in the Conversations on Tom Roberts (opens in a new window) series at the National Gallery of Australia, Canberra, on 9 March 2016. The 'Roberts Today' panel will examine the powerful story of Australian identity told in the art of Tom Roberts. 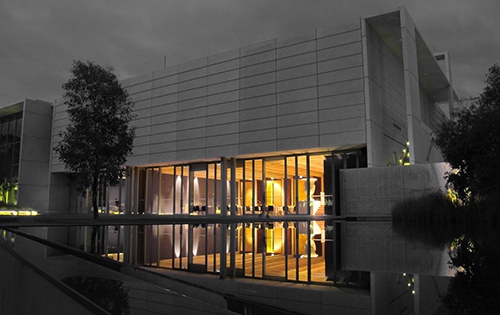 "Most Australians have no knowledge of him, and the tastes of those who have seen and like his work reflect all the familiar divisions of Australian society – age, level of education, social class identification, and ethnicity."